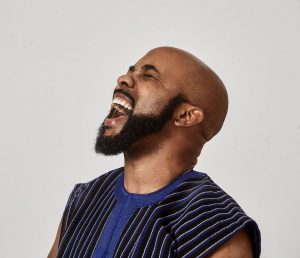 Olubankole Wellington, also known as Banky W and credited as Banky Wellington in films, is a Nigerian musician, rapper, actor, entrepreneur, and politician.

Banky Wellington, an American by birth, Nigerian by descent, and a New Yorker at heart, began his singing career at the age of ten and has never looked back since. Bankyâ€TMs music mixes a wide range of genres, including Urban R&B and Hip-Hop, Afro beat and Reggae, and traditional West African beats and rhythms.

As a result, he has won a number of talent competitions across the country. While still in college, he won the â€Albany Idolâ€ competition, a spinoff of American Idol, which pushed him into the spotlight. Banky’s debut release under his jointly owned Empire Mates Entertainment (E.M.E.) Records was Undeniable. He launched his debut album in 2005.