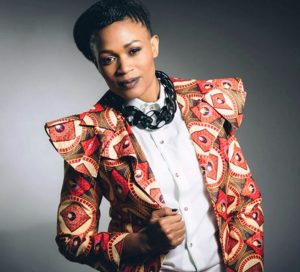 Lindiwe Veronica Skhosana, known professionally as Assessa, is a South African award-winning rapper, event organizer, songwriter, and actor. She began her Rap music career in Witbank, Mpumalanga, and has steadily built a name for herself in the music industry, first as a battle freestyle rapper and now as a respected award-winning musician.

Assessa has won a number of rap competitions, including the Red Bull 10k Challenge (2014), which is hosted by Africa’s largest Hip Hop festival, Back To The City, the Ukhozi FM (Cleva-Unga-Give-Up) show, Metro FM (Rap Activity) show, and the NYDA-sponsored competition from Music Creative in Nelspruit.

Assessa strengthened her position in the music industry by receiving an award in the best female category at the fourth annual South African Hip Hop Awards presentation (SAHHA 2015).

After a brief hiatus, her current collaboration on the smash tune “Ama level” re-ignited her music career and social significance. The success of the song propelled the Zakwe/Duncan duet album to the top of South Africa’s current digital releases of the year.

In 2020, she was signed by Cloud 9ne Entertainment, a music production label group that includes some well-known and renowned producers and creatives.
On March 19, 2021, her first official debut song “Quantum,” a Cloud 9ne production, was released.

The official music video was published the next Friday, March 26th, and earned over 500 thousand views.

It has received a lot of airtime on Channel O and other channels.

Amantombanzane, an all-girls party theme song with kwaito and Amapiano infused components, will be released on June 18th, 2021.