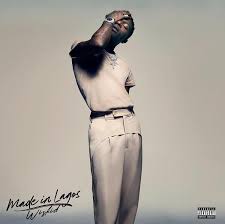 Ibrahim Balogun, better known by his stage name Wizkid or Star Boy, is a young and skilled Nigerian musician. Wizkid is a household name in Nigeria. He was born in Surulere, Lagos State, Nigeria, on July 16, 1990. Wizkid’s quick ascension to the hall of fame has served as an example to young musicians and rising artists. You may learn more about his background, net worth, and profession as you continue reading.

There were many music competitions in Wizkid’s hometown of Sulurere, Lagos State, where he was born, which sparked an early interest in music in the young Wizkid. He began singing at worship services and even collaborated on a musical album with a friend they dubbed the “Glorius Five.” When Wizkid launched the mind-blowing tune “Holla at Your Boy,” he went from being a church singer to a famous Nigerian singer. In 2010, the song earned him audience adoration as well as notoriety in the Nigerian music industry.

Since his milestone, he has released numerous super albums which are giving him international recognition, one of which He featured the famous international star, Drake, a song which was featured in the Guinness World Records. Wizkid is now the first Afrobeat performer whose name was remembered for this book. In addition to this great milestone, Wizkid has also released a good number of singles that blowing the minds of fans both in Africa and the world.

Wizkid currently has numerous awards and nominations. He is the recipient of a BET Award, two MOBO Awards, five Headies Awards, two Channel O Music Video Awards, six Nigeria Entertainment Awards, one Grammy Award, also two Ghana Music Awards, double awards for Dynamix All Youths, also two City People Entertainment Awards, and a Future Award. In addition, he has been nominated four times at the MTV Europe Music Awards and four times at the World Music Awards. As we speak, Wizkid is currently one of the top musicians in Africa.

Wizkid’s is estimated to be $20 million dollars. This is due to his various agreements with major corporations such as Glo and Pepsi, among others. He owns multiple properties in Nigeria and the United States, as well as a Porsche Panamera, Mercedes Benz, BMW X6, and other luxury cars. Wizkid has a private plane to add to his flashy lifestyle, putting him in the top five richest singers in Africa.