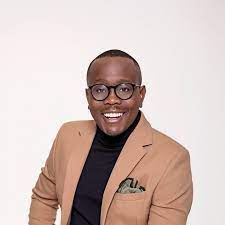 Khaya Mthethwa is a popular South African pop singer. South African singer who won season eight of Idols South Africa and is a member of Joyous Celebration, an African choir. He was born in South Africa on November 25, 1987. He was one of the main opening acts for Miguel Jontel Pimentel, an American vocalist. He grew up singing in his church and later discovered the Idol competition. You may learn more about his background, net worth, and profession as you continue reading.

Khaya made another appearance on NtokozoMbambo’s Filled album in 2012, this time as a supporting vocalist. He first auditioned for Idols South Africa eight years ago, with the intention of trying out a new genre to expand his musical abilities.

Mthethwa as a prominent South African artist, he has landed a slew of lucrative endorsement deals, which have made him and his family extremely wealthy. He has a net worth of $1 million.

He went on to take first place in the competition. He received more than 80% of the public vote. Seven years earlier, as a TV celebrity, he competed in another competition, The Clash of the Choirs, as part of the popular Kwa-Zulu Natal chorus; fortunately, the group won.

Khaya is a self-taught musician who can play the keyboard, guitar, drums, and percussion. He can sing jazz, gospel, pop, and R&B. The male emcee is also a talented songwriter, having written all of the tracks for his debut solo album, For You.

Khaya Mthethwa was the host of Gospel Alive, a prominent Gospel TV show that first aired on DSTV’s Mzansi Magic channel on November 3, 2013, and he collaborated closely with Tebogo Rameetse, a content producer. He was ordained as a preacher in 2015. In 2014, he published The Uprising, a live DVD recording. Mkhulumsebenzi was launched in 2018 and The Dawn was released in 2016.

Khaya Mthethwa has released four albums over the years, all of which have garnered praise from his fans and the general public.

Especially for you (Universal Music Group, 2012)

He won the award of the Best Newcomer award at the 12th Annual Metro FM Awards.