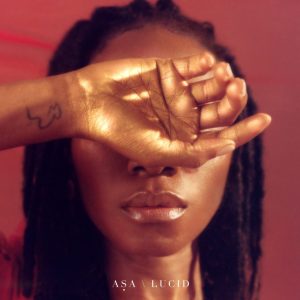 Asa’s (pronounced Asha’s) journey begins in Lagos, Nigeria, where she found a home in her father’s enormous and eclectic record collection, which ranged from soul classics to traditional Nigerian music. Asa began singing at a young age, influenced by the sounds and messages of singers such as Marvin Gaye, Fela Kuti, Bob Marley, Sunny Ade, and Ebenezer Obey, who served as touchstones when she eventually began writing her own songs. It wasn’t until she was studying in Paris that she truly created her musical style, immersing herself in the songs of her musical contemporaries, including Erika Badu, D’Angelo, Rafel Saadiq, Lauryn Hill, and Angelique Kidjo.

Asa was in a wholly positive frame of mind when creating her new album, Beautiful Imperfection, with her dreams fully in motion and a slew of events under her belt. The albumâ€TMs lead single, â€Be My Man,â€ shows Asa in romantic mode, as she tenderly croons to her love interest. The guitar-driven “Why Can’t We?” is filled with loud horns and exquisite harmonies and is unquestionably a toe-tapper. â€The first record reflected my mental state at the time. I had a lot to say, mostly regarding social and political topics. Beautiful Imperfection is distinct in that it is brighter. This time, I wanted to develop something that would make people feel good about themselves.